The year was 1895. The time period was coined the Gay Nineties, but there was little to be happy about in the U.S. – especially for women. They couldn’t vote, couldn’t own property in all states, and weren’t generally allowed to own life insurance. However, the nine women who founded Royal Neighbors of America helped change things by creating an organization with a vision to protect women financially and empower them to improve their lives, families and communities. That’s how Royal Neighbors became one of the first to insure women in the U.S., and later one of the first to insure children, too.

Today Royal Neighbors is one of the largest women-led life insurers in the nation. Times may change, but the founding mission of empowering women and their families through financial protection solutions and opportunities to give back to their communities is as relevant and important now as ever. Although much has changed since 1895, Royal Neighbors continues to meet the needs of women and their families through each stage of their lives with annuities and life insurance products such as whole life, term, simplified issue and universal life. One of First to Insure Women
See More

Royal Neighbors of America’s founders recognized the need for women and children to have life insurance. In the wake of the 1906 San Francisco earthquake and fire, Royal Neighbors members reached out with hands-on and monetary assistance to the victims of this disaster, demonstrating that we are truly a nation of neighbors. Never has Royal Neighbors faltered in its commitment to help in times of disaster. Royal Neighbors successfully advocated with other U.S. suffragettes for the passage of the 19th Amendment guaranteeing all American women the right to vote. Royal Neighbors built today’s Home Office in Rock Island, IL, paying for it in full at its completion despite the country’s deepening Depression. Royal Neighbors’ scholarship program was established and to date over $5 million has been awarded to students of all ages. More than $1.7 million has been awarded to help empower women through the Royal Neighbors Nation of Neighbors Program since 2007.

It started with a simple notice Marie Kirkland placed in the newspaper. The ad invited the wives of all Modern Woodmen members, an organization that insured only men at that time, to meet to arrange for a social. Eight women responded and they formed, albeit briefly, a ladies auxiliary. One year later the women embarked on a new mission to create an organization focused on empowering women. The founders began the formal process to change the name to Royal Neighbors of America, combining a focus of neighbor-helping-neighbor with the word “royal,” that signified their belief in the nobility of the work they would do. A petition for charter to offer insurance was sent to the Illinois Secretary of State in Springfield. All requirements were completed, and the charter was signed March 21, 1895, making Royal Neighbors of America one of the first organizations to offer life insurance to women. It also became one of the first to insure children in 1918.

Royal Neighbors continued to be on the forefront of social change. The organization provided public support of the suffragette movement and the 19th amendment, provided disaster aid during the 1906 earthquake in San Francisco, and received the Treasury Silver Medal for outstanding assistance of the War and Victory Loan campaigns for purchasing more than $13 million in war bonds during World War II.

And it doesn’t stop there. Royal Neighbors continues to help women build financial security so they can accomplish greatness on their own terms, as well as participate in “neighbor-helping-neighbor” activities that improve the communities where they work and live. Since 1895, Royal Neighbors of America has held true to its mission to support women and those they care about by providing opportunities that other organizations don’t.

Philanthropy is part of Royal Neighbors’ DNA. It’s our call to action. It is part of being a fraternal benefit society and an organization with a dual mission of both providing financial protection through life insurance and “neighbor-helping-neighbor” community service. Member benefits* currently include scholarship opportunities, free and discounted legal services, health and retail discounts, discounts for prescription drugs, and more. For more information call (800) 627-4762 or visit our Member Savings page.

Today, we have more than 200,000+ members across the nation volunteering in their communities and through our chapter system.

The impact has been significant. In 2018 Royal Neighbors and its members provided:

In addition to our chapter system focusing on local, grassroots community programs, Royal Neighbors of America also sponsors a variety of philanthropic programs to help both members and/or the general public.

*Member benefits are provided at the discretion of Royal Neighbors of America and are not available in all states. Member benefits are not part of any insurance or annuity contract and are not guaranteed. Insurance or annuity products should not be purchased for eligibility or maintenance of nonguaranteed membership benefits. These products should only be purchased if they meet the financial needs of the applicant.

Royal Neighbors’ signature program, Nation of Neighbors, provides financial assistance to individuals who have a plan to start or expand a business, organization or group that helps women and/or girls in their community. Examples of past grant recipients’ initiatives include: a daycare center; helping launch a workforce development program called Sweet Haven Bakery for women surviving domestic abuse, sexual assault and human trafficking; assisting with funds to retrofit a bus into a mobile boutique travelling to community schools to provide clothing for girls in need; the R-E-A-D group (Rejuvenating Excellence & Accomplishing Dreams) designed to help young girls prepare for college; and an organization that provides educational and networking opportunities for female entrepreneurs.

During 2019, $100,000 in grant money will be distributed through the Nation of Neighbors Program. More than $2 million has been awarded to grant recipients since the program began in 2007. Nation of Neighbors recipients must be nominated by a Royal Neighbors beneficial member, but nominees do not have to be a member to receive the grant.

Here’s an exciting way to create positive change where you live. The Difference Maker Fund is a program offering Royal Neighbors members $200 in seed money to support a community project that aligns with Royal Neighbors’ mission. The focus is to improve the community and cover at least one of the following purposes:

The funds are distributed to Royal Neighbors members who, with their friends and family, carry out their Difference Maker projects.

Since its creation in 1961, the Royal Neighbors of America Scholarship Program has awarded more than $5 million to its members to assist with the costs of continuing education.

All eligibility requirements and additional information can be found on our Scholarships page.

The Member Relief Fund was created as a way to help members who have experienced extreme financial hardship as a result of illness, personal injury, or natural disasters. Qualifying members receive a $200 check to help with immediate needs. To date, Royal Neighbors has granted more than $1 million through its Member Relief Fund.

In its latest financial overview in 2018, Royal Neighbors reported another successful year. In addition:

RATING
A.M. Best: Rated A- (Excellent) for overall financial strength and ability to meet ongoing obligations to certificateholders (4th-highest out of 15 possible)

Executive Team and Board of Directors

A complete list of bios for Executive Team and Board of Directors can be found on our Leadership page. 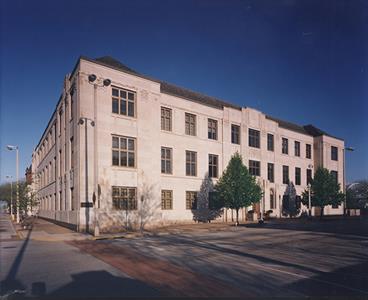 Join Cynthia Tidwell, President/CEO of Royal Neighbors, as she shares her tips for empowering your financial future on “The Balancing Act®” airing on Lifetime Television®. Lifetime is the eighth-largest cable network and reaches 98 million households.