Hope Center Indy to expand programs with the help of $5,000 national grant 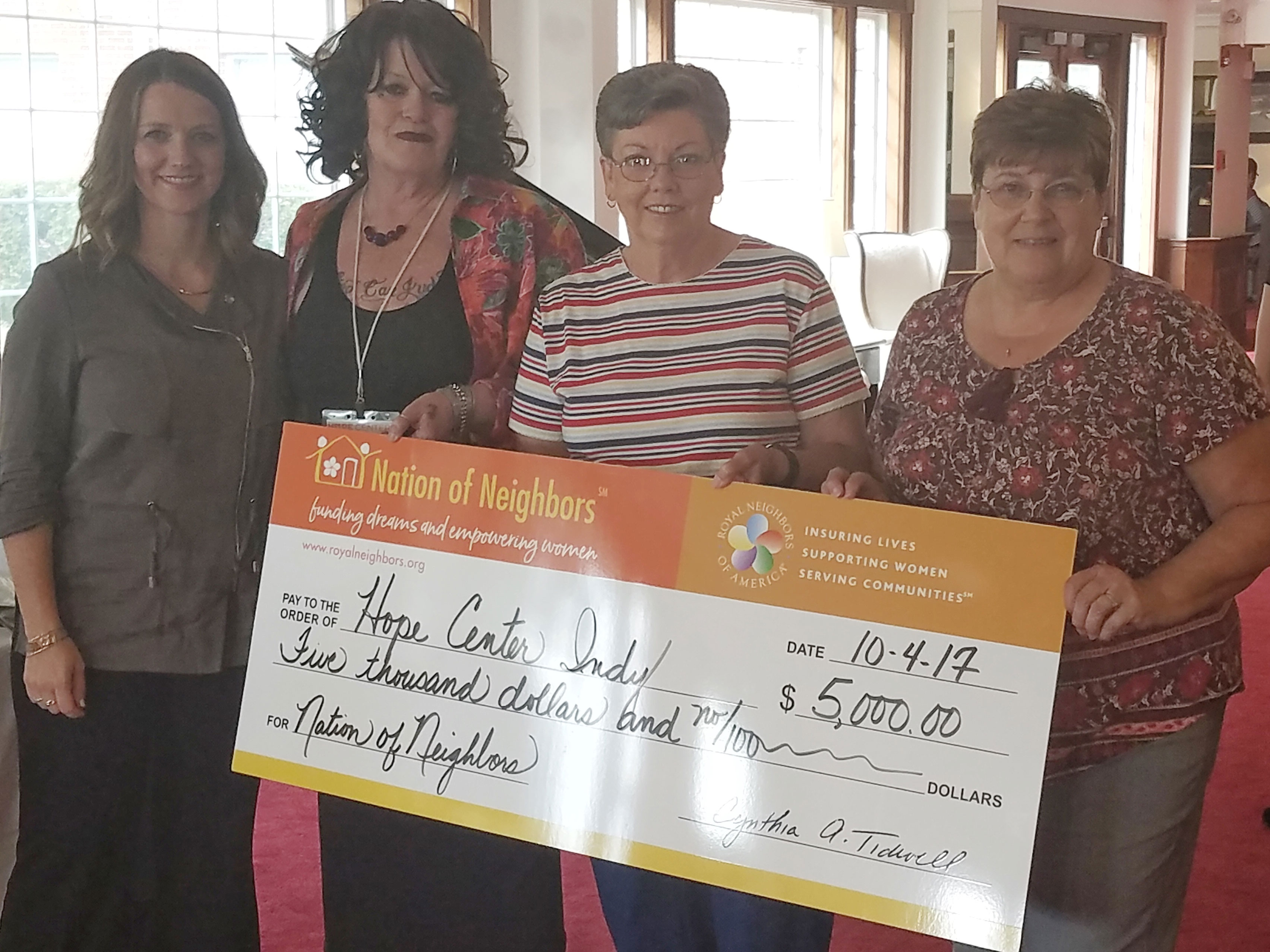 (Rock Island, IL) —The International Labor Organization estimates there are 4.8 million people trapped in forced sexual exploitation globally. The newly opened Hope Center Indy, located at the former Marion County Home at US 52 and Carroll Road, is an after-care refuge for women who have been rescued from sex trafficking in the U.S.  — with eventual plans to treat women from around the globe.

Hope Center Indy Program Director, Suzanne Bautista, says healing through art trauma therapy will be a new addition to programming. “We are a supportive residential program offering mental health, vocational skills, and support groups. Healing through art, painting, and praise dancing can help our residents recover emotionally from their traumatic experiences.” Hope Center Indy is privately funded through 46 churches and is supported by 1,200 volunteers.

Amy Jones, Royal Neighbors Director of Philanthropy, presented the check to Ms. Bautista, with staff, board members, and community volunteers in attendance. “As a women-led organization, Royal Neighbors is privileged to play a unique role in the amazing mission of Hope Center Indy, and we wish you great success in helping women reclaim their lives.”

Royal Neighbors of America’s Nation of Neighbors Program is focused on empowering women nationally, and has awarded nearly $1.8 million nationwide since 2007. Each year, Royal Neighbors members and insurance sales agents across the country are asked to nominate individuals they know who plan to start or expand a business or an organization that helps women and girls. A panel reviews each nomination and determines the recipients and the monetary amounts awarded.